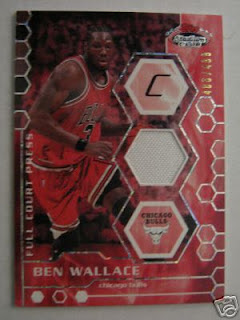 Next thing you know, he'll be a Pacer.

Ben Wallace started his career in Detroit, signed with Chicago as a free agent two years ago, and has now been traded to Cleveland. He's bounced around the division more than Mike Morgan did in baseball.

Nevertheless, he brings some help to a Cleveland team notorious for not making big trades in the middle of the season, or ever.

Now as a Cavs fan, I will say this: Ben Wallace, Joe Smith, Wally Szczerbiak, and Delonte West are not enough for the Cavs to win it all in 2008.