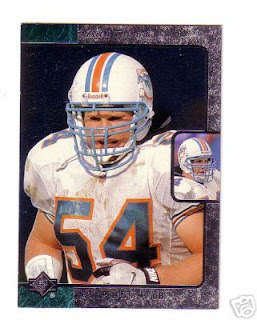 I suppose they don't have anything to lose.

The Miami Dolphins finished a league worst 1-15 last season and now have began a complete overhaul of their team under Bill Parcells.

Linebacker Zach Thomas, one of the best ever to wear a Dolphins uniform, was released Thursday a few days after the team dropped Trent Green and Marty Booker.

Thomas is expected to try and sign with a Super Bowl contender for next season to try to win his first ever championship.
Posted by Andrew Harner at 7:39 AM